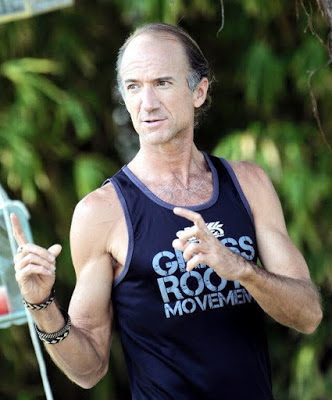 YV – As we know you’ve started practicing Yoga when you were in College studying Eastern Philosophy and your teacher suggested that you should try Ashtanga Yoga and fortunately you’ve found your way and now you are an ashtangi and an Ashtanga Yoga teacher too. If you haven’t followed your teacher’s advice, what would you be doing? What kind of occupation would you be taking? Do you think your life would have been the same? Any regrets in your Yoga path or everything was the way you thought that should be?

CLAYTON – If I had not followed my teacher’s advice to try Ashtanga yoga, I am sure that I would have found the heart of yoga regardless of its name or form. No regrets, everything is perfect and what I need to see appears in time. 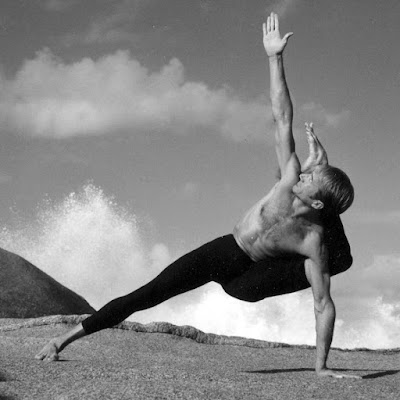 CLAYTON – I had good mind-body awareness from sports, and the Iyengar yoga really made me aware of my alignment. The Hatha classes that I had taken exposed me to the spiritual aspect of yoga. Before I came to yoga, I had a childhood full of memories of yogic related mind body states and lots of alone time. As I turned 20, I was exposed to New Age Spirituality movement in Northern California and I knew that. 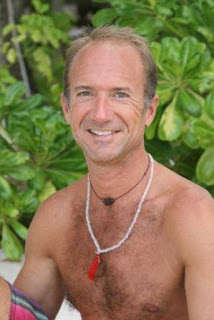 YV – So, when we have our first contact with Ashtanga there are certain ásanas (poses) that show us difficult to do and maybe we think “I Will never get it”. Concerning this, what were the most annoying and difficult postures in the Ashtanga Yoga series you‘ve studied, worked and practised that now you’re doing very well? What is the good secret to manage with some look like “impossible” postures? Would be nice be skinny for Ashtanga series?

CLAYTON – The half Lotus postures like the marichasanas were a bit perplexing and confusing. I remember cursing Richard Freeman during his Primary Series VHS because Marichasana B was a little over the top for me at first Emoticon wink It took just a few weeks of consistent practice and I was able to do the harder poses of the primary series. Some poses you need to practice over and over before you understand how to approach and do them. The magic ingredients are patience and consistency. One pose in third series had me literally falling on my face for one whole year. On my 36th birthday, I finally was able to do it correctly with a smile and a touch of humility. 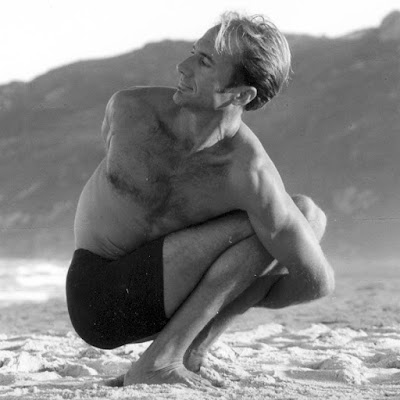 YV – Looking for a real Ashtanga Yoga teacher you heard about Pattabhy Jois and saved money working as a waiter, sold your 1967 VW camper van and went to India in 1996/1997 for an indefinite amount of time. In Mysore, you had a great chance to practice and study Ashtanga with Guruji at the “old shala” and years later with Sharath in Laxnipuran. What are good memories you have while practicing with Pattabhy Jois at that time?

CLAYTON – Guruji was always smiling. When he had western students with bad habits and big egos, he would yell at them very loudly. But you could sense there was no real anger in his voice, he was just trying to be the guru and wake you up.

We had parties, kirtans and sunset gatherings on the roof of the legendary Cauvery Lodge, Big Lunches at the Metropolitan Hotel and lots of fun at the Southern Star hotel pool. At sunset, flocks of huge black bats as big as chickens would fly over the roof of our hotel. Wild dogs would chase us as we walked to guruji’s shala at 4:00 am, wild horses also roamed the streets. There were no cellphones, not many scooters, no internet, hardly any cars. India was quite different in 1996.

YV – Culture, people and way of life in India is completely different from U.S., you’ve got seriously sick there. Have you ever thought about give up everything and back home in spite of all Ashtanga Yoga study and practice you have got?

CLAYTON –No.I nerver wanted to leave earlier than my exit date. Sometimes when visiting Mysore, I am ready to leave when my month of practice has finished, other times, I wish I could stay more. 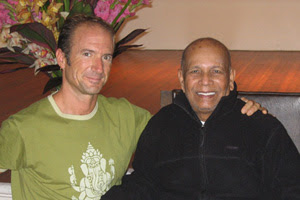 YV – Guruji is not between us anymore, but he is still a legend that many students would like to have practiced and studied with him. Nowadays, his grand-son Sharath is in his place doing the same; meanwhile many certificated Ashtanga Yoga teachers are around the world giving teaching trainings as you do that is a great opportunity for students to learn and practice Ashtanga. But we also have a trade-mark Yoga place called “Jois Yoga”. Many people don’t care about it, but others as some traditional Ashtanga Yoga teachers didn’t like this idea and are against this Yoga business. What is your point of view about this situation? Wouldn’t Ashtanga Yoga loosing its essence?

CLAYTON – I feel Sharath is taking things in a good direction. He is authorising and certifying many students and is being generous and kind in a general way. This helps keep students and teachers engaged in their practice and teaching. I don’t really follow Jois Yoga too much and I try to stay out of the politics.

I am not really doing so many trainings these days. If the tradition and essence of Ashtanga is alive it must be in context to a modern, tangible way. We can’t ignore the fact that it is 2015 and yoga has exploded all over the world in popularity. What we can do to have Ashtanga not lose its essence is to pass on the teachings as we learned them while taking care of the student that is right in front of you in their present situation. 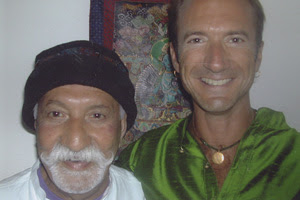 YV – Greensufi was a close friend and guru you have a great luck to get in touch and learn. Who was Greensufi? What subjects did he teach you that you can say I’m very grateful for? Do you consider yourself a guru or you are just a good friend of those people who admires you and have practices and lessons with you? How about some fakes gurus we sometimes used to meet? Do you think is it possible to recognize one of then? Are there some hints?

CLAYTON – Greensufi was a mysterious character that only a few people had the privilege of knowing. He was born in India and lived many years in the US. He taught me about listening, working, meditation and what it meant to be a true friend.

I am a teacher to a few students. Guru is a big word. I am an experienced student of yoga with several years of teaching experience, that’s all.

Potential students should ask themselves, Is the lineage or teacher that I am observing really interested in healing me or helping me raise my consciousness towards the infinite and guide me to my own liberation? 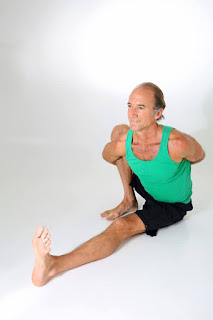 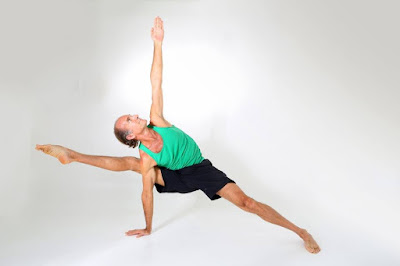 YV – The Science of Yoga is a book written by William J. Broad and he also published na article in The New York Times in 2012 telling that Yoga can damage, wreck your body. Do you think Broad have his good reasons to support this premise? When a posture could really damage a practitioner’s body? Or this option does not exist?

CLAYTON – Perhaps Broad practiced without a qualified teacher to guide him appropriately, unfortunately. The practitioner damages the body - not the pose. A pose can damage the body when the practitioner forces the pose. It is not wise to push or force the pose when there is pain and or excessive heat in the joints. Some people practice and teach Yoga like it is a sport. Students generally do not hurt themselves if they are feeling the body and moving into the posture with awareness. 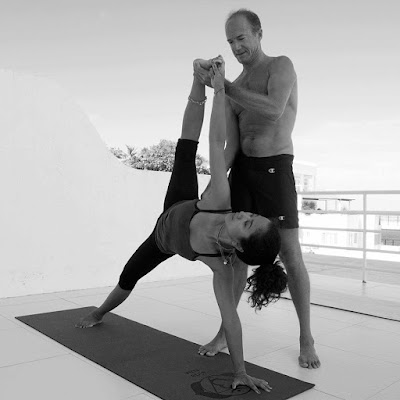 YV – Observing tradition some Ashtanga Yoga teachers does not practice during New Moon and Full Moon phases. Others don’t mind about it and keep on practicing. Do you keep this recommendation or you just follow your regular practice every morning, exception to mondays and saturdays?

CLAYTON – It is nice to take the moondays off. On and around moondays, I try to do more internal practice than asana.

YV – We know that besides Ashtanga you do kirtans chanting and playing a guitar. Are there an special vibration coming when you immerse yourself in a Kirtan? Witch Hindu Gods or Goddness you can feel a good connection and what mantra most of all likes when you chant ?

CLAYTON – I often think of the Supreme Consciousness and try to be at one with It in my practice. With Bhakti, I have gravitated towards different Gods throughout the years. I have a special admiration for Shiva, Hanuman, Jesus, the Sun, the Goddess in all her forms and Mother Earth. 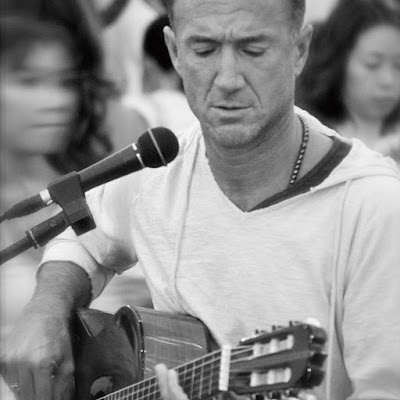 YV – You were the founder of “Green Path Yoga Studio” in San Francisco – California but now you pass most of your time in Philippines giving Ashtanga Yoga classes, retreats and a teacher training in Bali. Also you go to Europe for workshops.  What makes Philippines a special place for practicing and living a Yoga life? Have you left your heart in San Francisco? Part of your heart is still in Brazil? When you gonna come back to see us, teach and practice?

CLAYTON – The Philippines is amazingly beautiful with beaches and kind people. I live and teach in Hong Kong now. I don’t go back to San Francisco to much these days.Yes, a piece of my heart is still in Brasil. I traveled there every year for 10 years in a row. I met, connected with and taught many beautiful souls over the years. I have amazing memories and photos of yoga conferences, workshops, maha kirtans, beaches and retreats. Those years of traveling to Brasil were a golden time of my life. I am enjoying living in Asia now and I will come back to visit and teach in Brasil someday soon. It really warms my heart when I hear people ask me to come back. 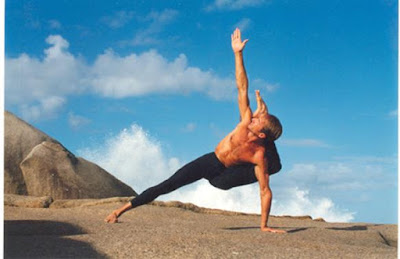 You can read this interview in portuguese here:
http://yogaemvoga.blogspot.com.br/2015/07/yoga-em-voga-entrevista-clayton-horton.html 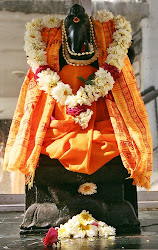